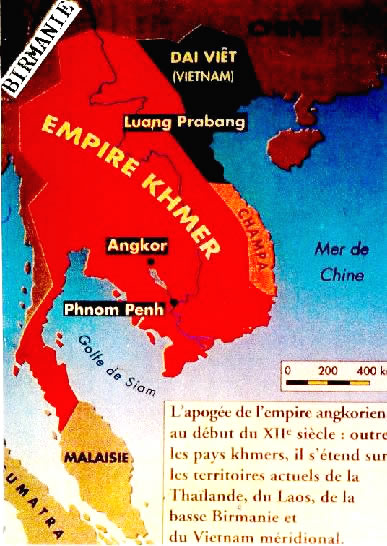 SOUTHERN VIETNAM IN THE SEVENTEENTH AND EIGHTEENTH CENTURIES

Nguyen Cochinchina, Li Tana’s fascinating and vitally important book about the expansion of the Vietnamese into central and south Vietnam, addresses a period and place little written about in English. The story of how the Vietnamese came to occupy an area that comprises 3/5ths of the current country is colourful, full of court intrigue, family rivalry, puppet emperors, evil uncles, exiled Ming loyalists and a variety of freebooters, criminals and what we would today call entrepreneurs.

16th Century Vietnam was ruled by the Le dynasty, whose founder, Le Loi, a peasant landowner, had led a peasant army to defeat the Ming in 1428, after ten years of war. 30 years later, the emperor Le Thanh Tong, raised in a court dominated by ministers and the intrigue of courtiers and empresses, established a Confucian state and inaugurated what is considered to be a golden age in Vietnam. Among other things he inflicted a major defeat on the Cham to the south, which opened up the possibility of expansion into land that had traditionally been viewed as a place of exile. The Cham were quite different from the Vietnamese in language, religion and custom, though they shared a long history of war and conquest. By the early 16th century a succession of increasingly depraved Le emperors resulted in  civil war, with two baronial families, the Nguyen and the Trinh, on one side and the Mac on the other. In 1527 Mac Dang Dung killed the Le emperor and made himself emperor of Vietnam. The Trinh and the Nguyen cast themselves as Le loyalists, but from here on the Le were figureheads and civil war continued.

It was in this context that the Vietnamese move to the south began, with the voluntary exile of Nguyen Hoang. Li Tana writes:

“When Trinh Kiem took over power from the Le dynasty in 1546, the formerly allied Trinh and Nguyen families were set to become enemies. Nguyen Hoang, foreseeing the trouble to come, is said to have asked Nguyen Binh Khiem, a famous seer and scholar, what to do. Nguyen Binh Khiem pondered for a long time and replied: “….The Hoanh Son mountain area would be suitable to inhabit for thousands of generations.” Nguyen Hoang then asked his sister, the wife of Trinh Kiem, to persuade her husband to send him away as military commander of the distant frontier region of Thuan Hoa. Nguyen Hoang’s gambit was successful. The Year was 1558.

“Trinh Kiem only wanted to get rid of an enemy. He failed, and gave Nguyen Hoang a kingdom instead.”

The two regions separated slowly. Nguyen Hoang continued to pay tribute to the Le court, but his son did not, and from the early 1600s until the Nguyen unification of the country nearly 200 years later, the two regions were at war.

The south maintained its independence against the far more powerful and organized north for a number of reasons, explored by Li in depth. Part of the reason is that until the early 17th Century the Trinh in the north still had to contend with the Mac, who controlled the region around the Sino-Viet border, and thus were fighting two wars at once. But there were economic and cultural reasons as well.

The Trinh were somewhat paralyzed by Vietnamese Confucian orthodoxy, which among other things was hostile to trade, and continued to view China and foreigners with suspicion. The Nguyen, on the other hand, in order to survive at all, in an alien land, abandoned Confucian orthodoxy. Theirs was a trading kingdom. Under the Nguyen, Hoi An become a thriving port of trade, especially with Japan and, at first indirectly, with China, via Taiwan. The Nguyen imported rice from Thailand, had a looser village structure, a different tax system and relied on Chinese exiles to settle lands far to the south. The Vietnamese adopted and adapted Cham cultural and religious beliefs, and Mahayana Buddhism became the religion of court.

Famine and war also drove the Vietnamese south, which created a ready pool of migrants. All of this led to a unique Kingdom which, in the 18th Century, became the cradle of the Tayson Rebellion, which saw the destruction of the northern Dynasty, the Exile of the Nguyen to Cambodia and eventually the unification of the country by the Nguyen with its Royal capital in Hue, where it remained until 1975.

This history is important because it adds complexity and nuance to a story which often doesn’t get past politically convenient sound bites. Li Tana especially analyzes the economic structure of Nguyen Cochinchina and anyone with an interest in the history of trade in the region should read this book. But more so it grants to the south a degree of difference from the north that is rooted in historic reality. In remarkably succinct chapters she explores the ethnic diversity of the southern lands, the fate of the Cham,  foreign relations between the Nguyen court and trading partners in Batavia, Thailand, China and Japan, the Khmer, the Lao and the upland people. There is a wonderful narration of the Tayson uprising.

In this period a different, more Southeast Asian, less Sinicized identity emerges in the south, one which in some ways is a return perhaps to older Vietnamese folkways that exist in myth and custom, and in the interstices of official Vietnamese culture, as defined by Confucian scholars and court historians. Li Tana does what all great historians do, restores a lost world both in its lustre and its particulars. Understanding this period of Vietnamese history helps to illuminate subsequent events, events which came to shape our world hundreds of years later and thousands of miles away.