Martin Dockery, a lawyer by training, has in Lost in Translation written a spare account of his time in Vietnam as a combat advisor in 1963. He was idealistic, determined and focused. He also had no idea what he was doing. Immediately upon landing in Vietnam he was assigned to a battalion operating in the Mekong Delta. He was the only American advisor actually with the battalion, and except on leave in Saigon, he rarely if ever interacted with other Americans. It became obvious to him quickly that the South Vietnamese army was uninterested in prosecuting the war but rather sought to line its pockets with money. Early on in the book he writes a paragraph that sums up the situation as it was and would continue to be for the next 12 years: 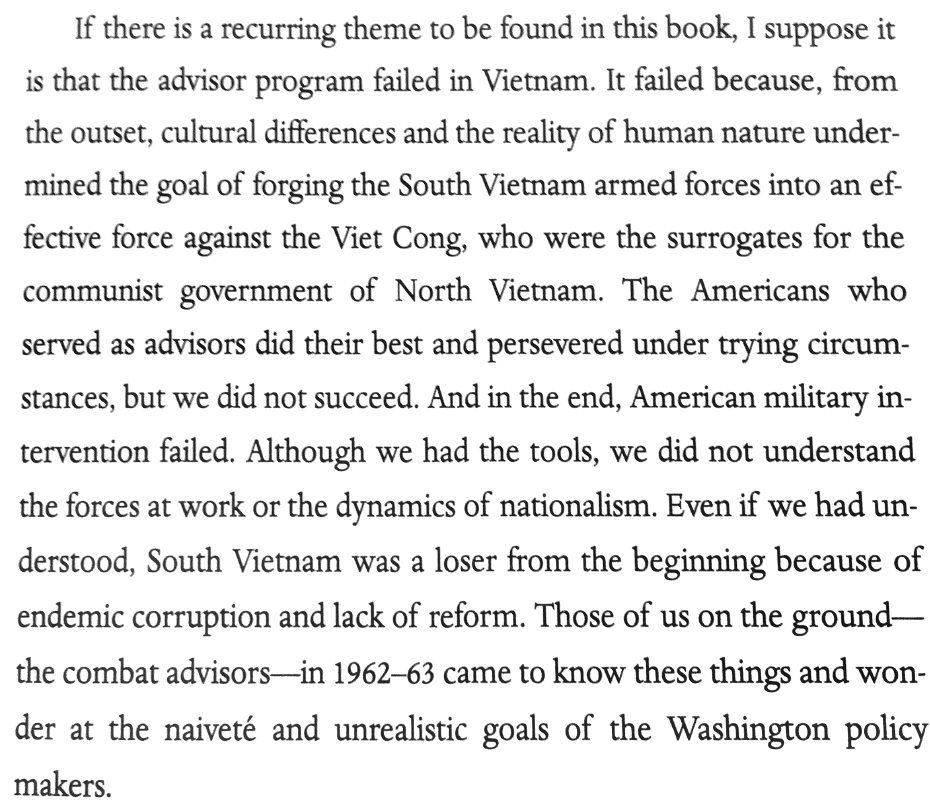