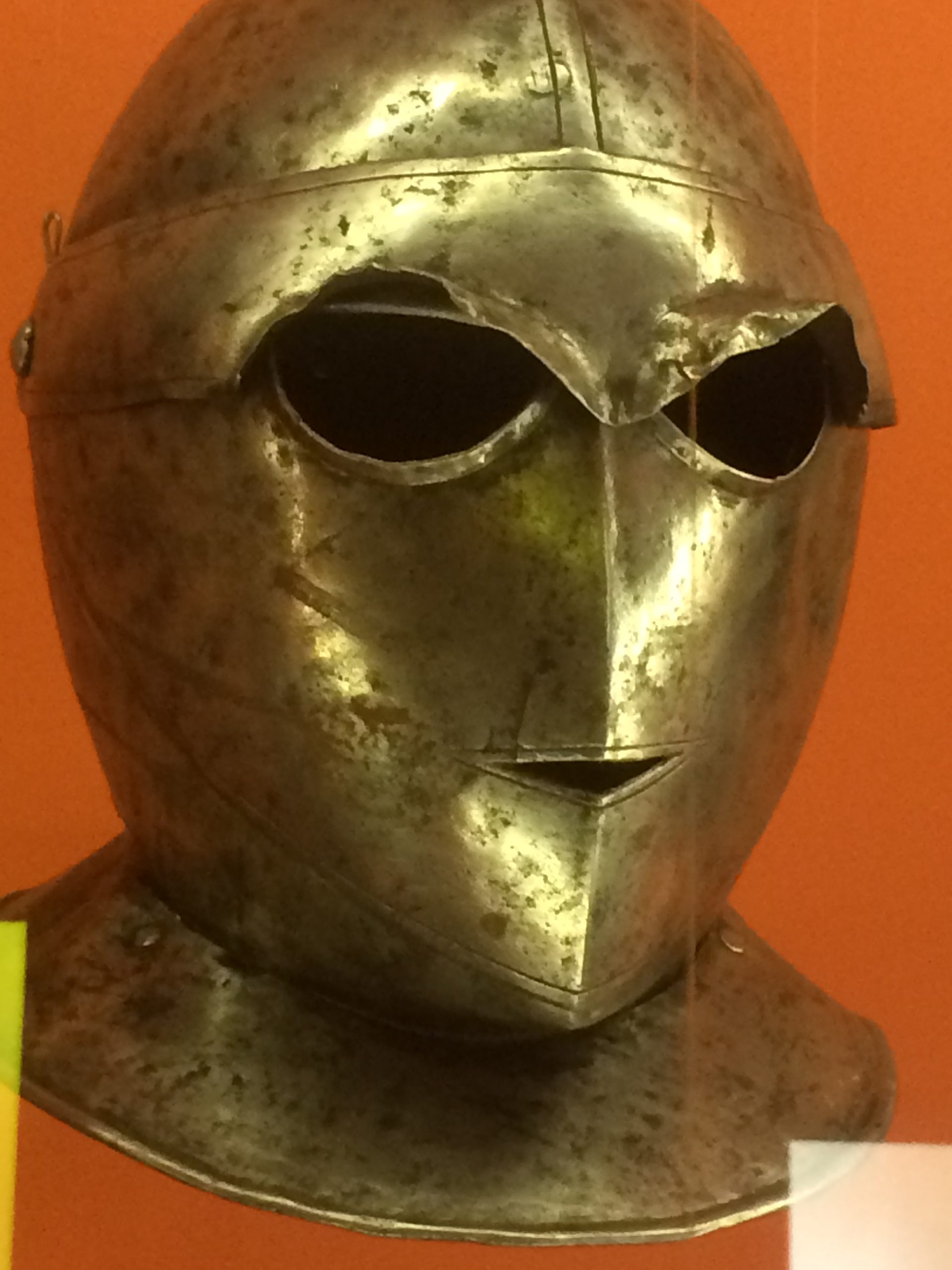 excerpt from The Martian Princess, Volume Three of Drift

The line to the elevator was as disorderly as it was long. Thousands of people were crammed into holding pens and then fed through portals to a converging set of tunnels where humans merged against each other. All of the inmates had been kept in dormitories of ten to twenty people and this was their first contact with others. Jedidiah was a little ahead of Phaedra and she pressed forward, afraid of losing him.
KBI classified them as a family unit. Jedidiah was listed as ORPHAN, with Phaedra as GUARDIAN. She was MOTHER with CIA (Child In Arms). There was no food, limited water and no bathroom. They wore diapers that swelled and leaked. It took almost 24 hours for them to pass to the final holding pen, where they and 97 others, mostly middle-aged men and women, waited for an elevator to the surface. There were few children. The mood was morose, even though they had all dodged going to the Outer Solar System or being uploaded and sent to Alpha Centauri B.
After Elmaâ€™s death Phaedra shrank so deep into herself she was speechless. It was then that she named her baby for her. She nursed Elma, stayed hydrated as best she could and stared at the backs in front of her, running through her life in an endless loop. Whenever she got around to the Admiral she paused to savor her hatred, her desire to kill her. But killing her wasnâ€™t enough, she wanted to hurt her. She wanted to humiliate the Admiral, make her beg for her life. Phaedra wanted to carve Yrmelaâ€™s scars into the Admiralâ€™s cheeks. And then, just as her blood lust was at its most feverish, when she could see the whole thing like a movie and forget where she was, when she had become a burning star of hatred, it would come to her with apodeictic certainty: it was her fault, not the Admiralâ€™s. Phaedra had become an object of speculation, of exchange, and her value was precisely that and nothing more. She had been that her whole life and she had known it for a long time, but at the moment it had become most true, she had become blind to the fact and had acted as if she were free. Phaedra abased herself before this knowledge. In the line, in the hours of standing, she flogged herself down to a self-loathing shade. Only slowly would she rise back into herself, and review her life again, until she got to the Admiral, when her rage would blaze and she would again pause to burn in its fire, and invent ways of killing her.
Phaedra sat next to Jedidiah on a hard bench, grateful not to be on her feet. â€œExcited?â€ she asked, hoping to wrest more than angry monosyllables out of his silence.
â€œAbout what?â€ he asked.
â€œGoing to Mars?â€
â€œWho cares. I didnâ€™t want to go to Mars, I wanted to go to deep space.â€
Phaedra got angry. â€œIf you had any idea of what I went through to get you here.â€
â€œYou shouldnâ€™t have bothered. Gert and the other kids are going to Pluto.â€
â€œYou would not have been kept together.â€
â€œThanks to you and your stupid play.â€
â€œI donâ€™t want to talk about that.â€
â€œThen why did you ask?â€
â€œI asked if you are excited, not about what happened.â€
â€œIâ€™m hungry.â€ He hung his head down and rested his arms on his legs.
â€œThey said there would be c-rations.â€
â€œWhat are those?â€
â€œMilitary food kits.â€
â€œThat synthetic Saturn shit? No thank you.â€
â€œYou complain about the sweet potatoes too.â€
â€œBecause the food sucks. Iâ€™m still hungry. Iâ€™m surprised people donâ€™t eat their own flesh.â€
That was a grisly thought. â€œIt goes against our nature,â€ Phaedra said. She looked around for someone in charge.
â€œWhen I was a kid we played Space Cannibals.â€
â€œItâ€™s taboo.â€
â€œSo is incest,â€ he sneered.
â€œWhat on earth do you know about incest?â€
â€œGert said in space brother and sister fuck and have mutant babies.â€
â€œThere is something wrong with that girl.â€
â€œWhy do people fuck anyway? It just makes trouble.â€
â€œOK, Jedidiah, Iâ€™m not talking about cannibalism or incest with you. We need to plan what we will do on Mars.â€
â€œThey will work us to death in the mines,â€ he said.
After that they stopped talking. Eventually she slept, awakening every time her head dropped to her chest. He slept slumped on his own lap.

The room slowly stirred to life, like thawing water. Joining the impersonal force of a crowd in motion, they walked single file past a blue cube that scanned their scarcodes against the database of approved prisoners. Phaedraâ€™s brain tightened as they approached the check point. She wasnâ€™t sure her new identity would work, and her new identity made her so sad she could not even think about it. It reminded her of the day that she, Sargon and Titania had to pass the checkpoint in Central Park. The fear as they approached the Red Suits gripped her. Sargon drawing his gun and shooting Titania. Titania! Sargon. They were in the marble foyer of 1220 Fifth, Balfour licking her Papaâ€™s face. Blood everywhere. Heads engulfed in globes of fire. Titania. The line moved. Elma, poor Elma, what did she feel going out the vent? They had loved each other. Phaedra should have warned her that it was death to know her, death to cross her, death to love her.
The line budged towards the cube. She felt the bumps on her wrist rise and burn. Jedidiah held his hand up to the cube with the hard face of a prisoner. He looked like he wanted to hurt someone, like it would make him feel good. The other men and women were not like that. They were mostly professionals. Glowing hair, great height, high cheekbones, full lips. If it werenâ€™t for the uniforms they could have been business people on an amphibatrain going from the Upper East Side to Grand Central.
The cubeâ€™s eyestalks examined her and scanned her scarcode, then the babyâ€™s. She took her first breath after that, as they passed through the airgate onto the elevator. The elevator was a passenger container that would be transferred by mechanical arm from The Constellations End port to the elevator track. Each container had twenty rows of five seats each. The seats were not assigned. They simply walked forward and took the next one available. Phaedra settled into a middle seat next to Jedidiah. A man sat next to Jedidiah and two men sat next to her. They had little leg room but the seats reclined a few inches. The car was a glass hemisphere. She felt an enormous lightening as the prospect opened out on all sides. Below was Mars, red, scarred with canyons and craters. The other passengers were eagerly looking up and over each otherâ€™s heads.
â€œBeautiful,â€ Phaedra mumbled.
â€œWhat?â€ asked Jedidiah.
â€œNothing. Beautiful is all I said.â€
â€œAfter nine months on that ship anything would be beautiful,â€ said the man next to her.
The man next to him said, â€œIt looks beautiful, but itâ€™s deadly. They told us itâ€™s deadly.â€
â€œLike a tarantula,â€ said the first man.
â€œThereâ€™s no dust storm at the moment. Thatâ€™s why you can see so much,â€ said the second.
The man next to Jedidiah chimed in. â€œGet a good look now, itâ€™s all weâ€™ll see of the surface.â€
â€œI wonder what itâ€™s really like down there?â€ the man next to Phaedra asked.
â€œYou donâ€™t believe all that bullshit they feed us about careers in space? Mining Engineers! Ha!â€ said the man to Jedidiahâ€™s right.
â€œHa ha.â€
â€œHa ha.â€
â€œThere were some suckers who fell for it. Me, Iâ€™d be fine sweeping up so long as they donâ€™t vent me,â€ said the man next to the man on Phaedraâ€™s left.
â€œIs that how they do it on Mars?â€ the man next to Jedidiah asked.
â€œYeah, out the door. Airlock,â€ the man to the left of the man next to Phaedra replied.
â€œThey donâ€™t burn you?â€ asked the man next to her.
The man to his left answered, â€œNo man, fire is like taboo there. All that oxygen theyâ€™re making and pumping. After what weâ€™re used to they say itâ€™s rich. Problem is all the sublimating CO2. You have to always be scrubbing. So actually, there is much less oxygen when the scrubbers donâ€™t work properly.â€
â€œThatâ€™s right. Were you in the business?â€ asked the man next to Jedidiah.
â€œNo, a guy in my cell was.â€
â€œWhat are you?â€ asked the man next to Phaedra.
â€œA poet,â€ answered the man to his left.
â€œReally?â€ Phaedra asked, leaning forward so she could see him. He was in his late forties, skin hanging off of him like he had lost a lot of weight fast. His face was sad, with heavy brown pillows under the eyes and the mouth, once used to smiling, drooped from atrophy. â€œWhere?â€
â€œColumbia.â€
â€œWhat kind of work do you do? Do you publish?â€
â€œFree verse epic. Iâ€™ve been working on a long poem for decades, about Toussaint Louverture. I won the Duckwald Prize and was short listed for the Pugilist.â€
Phaedra became animated and leaned in the manâ€™s direction. â€œYou remember any of it? I donâ€™t know the first thing about Toussaint Louverture.â€
â€œMaybe we should switch places,â€ the man seated next to Phaedra said.