In that same Gardin all the goodly flowres,
Wherewith dame Nature doth her beautifie,
And decks the girlonds of her paramoures,
Are fetcht: there is the first seminarie
Of all things, that are borne to liue and die,
According to their kindes. Long worke it were,
Here to account the endlesse progenie
Of all the weedes, that bud and blossome there;
But so much as doth need, must needs be counted here.

Before reading Blake I had little interest in Spenser. My only exposure to him was in those pages of the Norton Shorter Anthology dedicated to poets between Chaucer and Shakespeare. Despite being a contemporary of Shakespeare, he seemed archaic and boring. Boring is a charge hurled at him often, and itâ€™s understandable. Where Shakespeare and Donne are shockingly modern in perspective and language, Spenser is thoroughly Renaissance, and his linguistic experiments were indeed with archaism. Spenser was a committed Protestant, of the militant party, and a Neoplatonist. The former infusesÂ much of his writings with a partisan tone. The latter informs his allegorical method. This method is part of what makes him so alien to a modern sensibility. That and all of the stylistic vices he indulged. Spenser could personify anything. But what all of this misses is the sheer delight of Spenser. 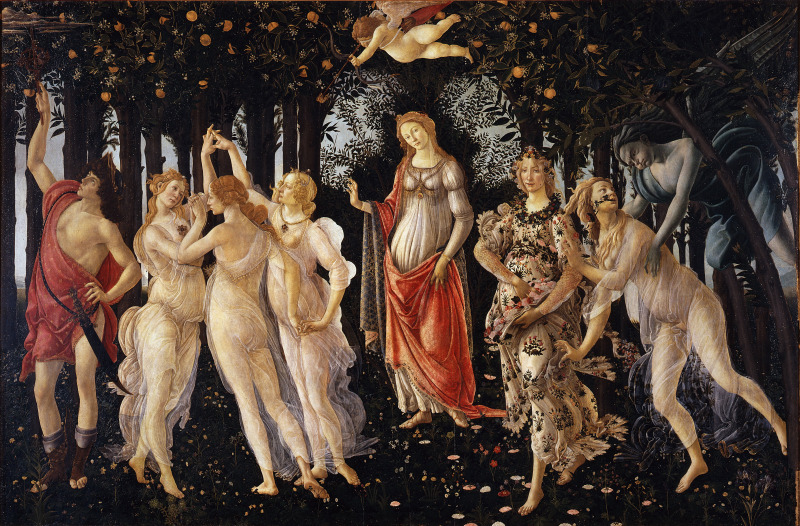 Until the 20th Century Spenser was one of the four undisputed champions of English poetry: Chaucer, Spenser, Shakespeare and Milton were the guiding deities. What happened? Well, if Milton was exhausting, Spenser was enervating. The Faerie Queene is the longest poem in the language. It hasnâ€™t the vigor of Miltonâ€™s epic, which in any event was eclipsed also. Who has time for this? He wasnâ€™t of the plain school. Ben Jonson said ‘he writ no language’. Eliot quotes his Prothalamion in The Wasteland (sweet Thames run softly till I end my song), but I donâ€™t recall Eliot writing about him. Pound gives him a few lines in his anthology Confucius to Cummings, and in the How to Read book Spenser is a specimen. But because of his role as a colonial officer in Ireland, you wonâ€™t read references to him in Yeats or Joyce, even though they resemble him in many respects. Joyce is a very Spenserian writer! And I believe much of the strange, surrealistic beauty of Spenser’s writing comes from Irish poetry, an unacknowledged influence, but a plausible inference given his biography, andÂ references to Irish bards in his only extended prose work, View of the Present State of Ireland

Iâ€™ve read most everything he wrote, and it is a remarkable body of work, singular in the English tradition. Consider that he, Sydney, Shakespeare, Donne, Marvell, Herbert, Herrick and Milton wroteÂ within the same hundred years: Sydney was born in 1554 and Milton died in 1674. Spenser’s dates are 1552-1599. Shakespeare first plays dateÂ from about 1588 at the earliest. The Tempest first played in 1611. His influence on Shakespeare and Milton is profound. When Spenser started writing English poetry was just emerging from what CS Lewis called theÂ â€˜drab ageâ€™. That is, the age between Chaucer and Wyatt. Skelton gets short shrift here. (Spenser wrote a poem, Colin Clouts Come Home Againe, a reference to Skelton’s Colin Clout, a rube who criticizes court corruption; Skelton is as drab as a paisley Rolls Royce). Spenser wrote The Shepheardeâ€™s Calendar in 1579, a radically inventive pastoral poem with a poem per calendar month. They are uneven. Each one is preceded by an emblem, and followed by an analysis of that emblem and notes both on vocabulary and references, supposedly written by an EK Chambers, whom many think is Spenser himself. (This is a bit like the mysterious Onlie Begetter of Shakespeareâ€™s sonnets, the never identified Mr. WH, a crux which Jonathan Bate resolved by playfully suggesting it is a result of a common printerâ€™s error, substituting the letter H for the intended S, Mr. WS, or William Shakespeare). The notes were necessary because Spenser set out to use a wider vocabulary and a broader range of literary reference than was then common. But it is also a mark of experimental work that it will include its own exegesis, whether tongue in cheeke or not (cf the Wasteland, David Jonesâ€™ poetry, DFW Infinite Jest ad naus etc). Each poem is in a different form, but all of them are pastoral dialogues between a group of shepherds. Some are more serious, such as November, and some just gorgeous, like the Aprill Aeglogue in praise of Elizabeth, with this Ovidian catalogue of flowres:

Bring hither the Pink, and purple Cullumbine,
With Gylliflowers:
Bring Coronations, and Sops in Wine,
Worn of Paramours.
Strow me the Ground with Daffadowndillies,
And Cowslips, and Kingcups, and loved Lillies:
The pretty Pawnce,
And the Chevisaunce,
Shall match with the fair Flowre-Delice.

Spenser could write like this in his sleep. And the amazing thing is, late in his career heâ€™s still at it. Like the Thames, Spenserâ€™s imagination, and ear for rhyme, and eye for image, seem to be inexhaustible.

By itself The Shepheardâ€™s Calendar would have made Spenser a major poet. But he also wrote the Amoretti, a sonnet sequence celebrating protestant marriage (and the actual courtship with his wife), the Prothalamion and Epithalamion, the Fowre Hymns, translations, The View of the Present State of Ireland, some satires, and The Faerie Queene. DStrangely, much of the sonnet sequence is pedestrian and tedious. Sydney’s and Shakespeare’s are far more tantalizing and complex. But of course it is the Faerie Queen that is the big game. There are 6 complete books, each made up of 12 cantos, and each canto running to about 50, 9 line stanzas. The rhyme structure is ababbcbcc. The first 8 lines are iambic pentameter and the 9th line is hexameter. That one extra stress is very important. This stanza, which persists into the 19th century, is remarkably flexible, but it places a high demand on the poet to come up with rhymes.

The best of the whole poem is the incomplete 7th book, the Mutabilitie Cantos. This is Spenserâ€™s Tempest, a late work that seems to sum up all that he has written before, and transcend it. I think anyone interested in exploring Spenser should start there.

Much of the use of allegory makes The Faerie Queene obscure for the modern reader. At least its ultimate purpose and meaning are shrouded in Reformation and Renaissance politics and theologyÂ which are in turn represented by allegorical figures. But that isnâ€™t terribly important as the action of the poem is clear, and Spenserâ€™s symbolism often hits you over the head. Itâ€™s not necessary to know that a vomiting beast is the Roman Church after all, when you read the contents of that vomit. And you donâ€™t need to be a scholar, just a well-read poet, to get most of whatâ€™s going on. In any event, donâ€™t get bogged down in the details, go for the glory spots: the Bower of Bliss and the Bower of Adonis, the cave of Mammon (Moloch!), Britomart, Una and Duessa. The tale of Britomart, told over two books (Books 3 and 4), is wonderful and fascinating, as she disguises herself as a man to search for her lover, and fights the vicious knights of Faerie, preserving her virtue for the man she loves. Book 5, dedicated to the public virtue of Justice, is as distasteful as his writing about Ireland. AndÂ the pastoral of book 6 is a bit annoying,Â though itsÂ invocation of the graces is numinous, BotticelliÂ come to life on the page. The strongest books are 2, 3 and 4. I read them at different times. Book 3Â I read once between Christmas and New Yearâ€™s, lying on my couch. It was a several day affair, with lots of tea and classical music. I was as happy as a pig in shit!

Spenser creates an entire world. It is all things: theological, philosophical, tactile, libidinal, joyous, frightening, serious, silly and literary, gloriously literary. Spenser is the little engine that could. He never gives up. Much is made of his erudition, but heâ€™s a light weight compared to Milton, a bag stuffed with knowledge. He got his Greeks and Romans confused. Iâ€™m not sure how much of Plato he actually read. But he absorbed the classics into his English stomach and heart where they roiled and mutated and ultimately sublimatedÂ into great English poetry. The poem is work of neoplatonist syncretization: Arthurian, biblical, classical myth fused with theÂ contemporary. The Faerie Queene inspired Milton to write Paradise Lost. Originally he intended to write and Arthurian Epic, but Spenser already did, so he turned to the Bible. Blake dipped his pen in the well of Spenser, often, as did Keats and Shelley (Lamia and The Witch of Atlas are Spenserian poems). Long before that Shakespeare is quoting him in Midsummer Nightâ€™s Dream:

That very time I saw, but thou couldst not,
Flying between the cold moon and the earth,
Cupid all arm’d: a certain aim he took
At a fair vestal throned by the west,Â 530
And loosed his love-shaft smartly from his bow,
As it should pierce a hundred thousand hearts;
But I might see young Cupid’s fiery shaft
Quench’d in the chaste beams of the watery moon,
And the imperial votaress passed on,Â 535
In maiden meditation, fancy-free.
Yet mark’d I where the bolt of Cupid fell:
It fell upon a little western flower,
Before milk-white, now purple with love’s wound,
And maidens call it love-in-idleness.

Venus and Adonis is a Spenserian exercise, though as you would expect Shakespeare mocks, embraces and exceeds the master, as he would do with Marlowe and Virgil and Ovid.

Well, enough. I leave you with a quote, the last words of The Faerie Queene:

WHen I bethinke me on that speech whyleare,
Of Mutability, and well it way:
Me seemes, that though she all vnworthy were
Of the Heav’ns Rule ; yet very sooth to say,
In all things else she beares the greatest sway.
Which makes me loath this state of life so tickle,
And loue of things so vaine to cast away;
Whose flowring pride, so fading and so fickle,
Short Time shall soon cut down with his consuming sickle.

Then gin I thinke on that which Nature sayd,
Of that same time when no more Change shall be,
But stedfast rest of all things firmely stayd
Vpon the pillours of Eternity,
That is contrayr to Mutabilitie:
For, all that moueth, doth in Change delight:
But thence-forth all shall rest eternally
With Him that is the God of Sabbaoth hight:
O thou great Sabbaoth God, graunt me that Sabaoths sight.