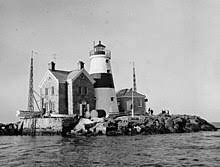 Mary Asked About the Water

Mary Asked About the Water

My dreams of water vary
concrete grey a scum of petrol
diving downward East River pierced by
grimed Lucifer funneling into wavelets
plane crash metal burning in my mouth
bodies bobbing by mattresses and freezers
in the rainbow wake of tugboats.

The blue and white of electric ice beneath a sky
of coral broken by black cloud the cyan water
gelling about my feet as I am freed
among the floes and icebergs to a place
of plenitude dimming rose in repose
I meet the dead who have called ahead
to say they are still here swimming.

Down the road lay Byram Lake in a fringe
of pines and bedrock where we fished
and my mother once salvaged a Medusa
rooted piece of driftwood as my best friend
June Rinkoff back at the house took off
her underpants and did cartwheels down the floor
I read online that she died at twenty-four.

Larchmont Harbor Long Island Sound
Atlantic Ocean were the nestled spheres of heaven
I was washed by the vernal tide out beyond sail
came about and saw the Throgg’s Neck Bridge
blinking in a purple twilight the diesel wind
smothered bell buoys in fog the waves’ slow clock
swept by the beam of Execution Rock.