Categories Menu
Home » Blogh » For the Storm of our Lives is Never Over With: Alfred Starr Hamilton

For the Storm of our Lives is Never Over With: Alfred Starr Hamilton

Alfred Starr Hamilton to the Rescue! 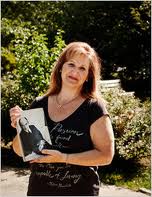 A while back New Jersey poet Lisa Borinsky tracked me down in my office to ask if I had any Alfred Starr Hamilton material. Why would a totally unknown poet and novelist living in Ithaca have any archival material relating to an obscure poet who at first appears to be a lunatic? Because Hamilton managed to get published in Cornellâ€™s literary journal Epoch. And I work at Cornell, in a library. I was able to help her, a very little bit. Hamilton had been what I thought of as a secret pleasure. Like all poetic treasure his work is to be found in a spur off a side tunnel of an obscure branch of the subterranean labyrinth known as American Poetry. In this case I randomly read an essay about Hamilton by Jonathan Williams, in his collection Blackbird Dust. It mentioned Epoch and its one-time editor, Geof Hewitt. And it happened that Cornell owns The Poems of Alfred Starr Hamilton, published by Williamsâ€™ Jargon Society, and introduced by Geof Hewitt. And so I read this very strange poet not knowing what to make of him but attracted like most others to his eccentricitie and obscuritie. It turns out there was another Hamiltonian at the library, Daurade, of the Laws of Silence blog in my links. Years later Daurade was in touch with Lisa too. And it was an exchange with Daurade in the comments section of this blogh that led her to me. And so it is that I am in possession of her SEND THIS TO THE IMMUNE OFFICER, a collection of letters written by Hamilton to the Montclair Police Department from 1959-1985. It is a special issue of WEIRD NEW JERSEY. I am a rabid fan of New Jersey poet Joel Lewis. I grew up in Westchester. I will ask the rhetorical question, is there any other kind of New Jersey?

It is hard to tell what Lisaâ€™s stance is towards Hamilton. In our phone conversation she vacillated between thinking him a schizophrenic and an outsider artist. Not a naive or primitive artist. He is not sophisticated, and his verse is odd and repetitive, made up of bits of common language twisted around to mean, or point to something different. These are not poems he just cooked up in his rooming house. So the term â€˜outsider artistâ€™ is apt, and it is a venerable tradition in the nation that made blue jeans and rockâ€™nâ€™roll more than fads.

Dec. 17, 1982:
“Dear Editors;
This poem is a pin cushion, and so is any of my poetry. The poem, Criss Cross, Winter, 1981-1982. You made several spelling corrections here, or these corrections didn’t amount to anything one way or another.
But I am making sure these are not honorable spelling corrections. I do not accept any honors at all.
Sending a copy of this to the immune police.
I am immune,”

She prints his poems between the letters, so it is possible for readers new to Hamilton (which would have to be just about everyone) to judge the difference between his art, which is this side of nutty, and his interactions with the world, which are certainly paranoid. He even reports typos in his published poems to the cops. In 1961 the police arrest him for refusing to obey a civil defense air-drill. This of course forces me to consider who is more paranoid here. But the cops were generally amused by him, judging by their marginalia.

These letters are disturbing. It seems almost voyeuristic to publish them, as they donâ€™t reveal a talented but eccentric man but a lonely and paranoid man. I donâ€™t think they were his public, ironic, conceptual art project. Borinskyâ€™s purpose in publishing them is to make an unknown poet more known, to start to establish the biography of a poet she has fallen in love with and believes to be important. She makes this clear throughout, in her introduction, afterword and notes. But the presentation, the comic book drawings etc., could be construed to be laughing at him.

Iâ€™m not sure he is an important poet. Only the poems can establish that and up to now anyway what has attracted most readers to him is how unconventional for a poet his life was. In defense of poet advocates, they always promote the work. (Iâ€™m thinking of Williams, but also of Ron Silliman, who has a generous and comprehensive post about him on Sillimanâ€™s Blog). His circumstances make him unusual, and because he writes out of those circumstances his poetry is unique. Had he employed the same style and sensibility to a college town or the woods he would not be the poet he is.

American poetry is so dominated by its massive middle that very few voices from outside it ever make it in. Wherever a poet lands on the spectrum from Avant-Garde to â€˜Quietistâ€™, from Oulipo to Rod McKuen, chances are they have a college degree, probably an MFA and/or PhD, and work at a regular job, likely in Academia. Hamilton was a self-taught poet who was unable to work for a living and lived in a rooming house in suburban New Jersey. He was published because he bombarded editors with thousands of poems and a few of them had soul enough to take the work. He is a Kilgore Trout figure.

People are so driven by definitions. Starr was an â€˜outsiderâ€™ poet. Not an outlaw poet, not an underground poet, not an avant garde poet. The most famous of our outsider poets is Emily Dickenson. And perhaps he resembles her most, though he lacks the frightening and profound apprehension of the divine that drives her every syllable into the heart. Charles Bukowski and Bob Dylan are both outsider poets and very successful ones. Success doesnâ€™t define outside and inside. Manners do.

Send This To The Immune Officer is a labour of love and as such should be read. If Hamilton is a poet worth taking seriously, then this is the work that needs to be done to establish him as such. Especially now when the internet provides an outlet for every outsider artist, even while the gates that used to be open just a crack in the arts industrial complex are slamming shut so tight you canâ€™t fit a micron-thick chip into it.