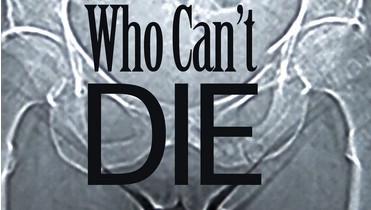 THE MAN WHO CAN’T DIE 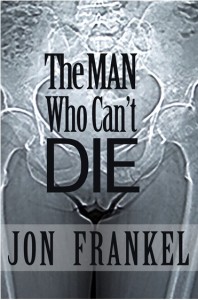 THE MAN WHO CAN’T DIE is now available from Whiskey Tit Press and on Amazon. I started this book in 2003 and finished it in 2008. Every novel is different. It was my 4th. I had just spent about 4 years writing and rewriting Endangered Species and The Last Bender. These two dysfunctional children would not let me alone. But on my desk was a piece of paper with a premise for a novel about genetic engineering with an Hegelian signature: the most powerful people in society are slaves, because they don’t own their own genetic material. They rise up and overthrow the biotech companies who own them and inaugurate an age of Aristocratic capitalism where wealth is in the blood. It was an abstraction, a premise. Then one day I was driving to pick up my wife who was stranded outside of Scranton with a broken van. Her father had died suddenly a few months before, on the same day we had to put down our adored dog Luther. Luther had had a good long life but her father’s life had been deeply troubled and he died at age 71, young. I began on that drive to imagine a prequel to my world of genetically modified aristocrats. And it was a world radically altered by global warming, one ruled by corporations, and world full of violent, suicidal and homicidal despair. Grief would be a major thread. It would involve madness, paradise and the absolute. The premise for this book was simple, what if a scientist invented a drug that cured unhappiness but killed 10% of everyone who took it? Or rather, if every time you took it you had a 10% chance of dying? Would people take the risk? What would the inventor think or do? And what if someone took that drug and never died, always beat the odds?
I had been talking about screenplays with my friend Jameson. I thought I would make it a 120 page story, and turn it into a screenplay. As I considered the two protagonists I had another idea. Why not make the scientist an alcoholic, sex-addicted 65 year old woman and the man who can’t die an African American? Hollywood is allergic to two kinds of protagonists, black men and older women. My book would have both. So there! Writing was slow until I moved to the 3rd person and made that decision. I told myself I would be disciplined about plot. Character and dialogue had always come easily to me but the mechanics of plot, the logic of story, were more difficult. So I thought about that a lot. And then the length issue came up. The plot I conceived was epic, and could not unfold in 120 pages or even twice that number. Published, it is 612 pages. But it is a thriller. It is much more like Specimen Tank than Endangered Species or The Last Bender.
Around this time Philip Shelley introduced me to his friend Miette and I shared chapters of the book with her and with Philip as I wrote. She liked what she read. When it was finally finished (I was able to take some time off from work to care for my mother, who had broken her foot and was confined to a wheelchair and was living at my sister’s–I worked on the second floor! so I wouldn’t be disturbed, and hung out with her in the evening and the morning) she recorded part of it for her podcast and I set about the depressing business of trying to find an agent. After numerous rejections I just gave up. Miette meanwhile felt she should start a publishing company. Eventually I wrote the first novel based on that original premise, about the aristocrats. That was GAHA: Babes of the Abyss.
THE MAN WHO CAN’T DIE is just one of those books. It felt like it wrote itself. It’s weird. There’s too much sex! It’s very hard boiled and also over the top romantic. More than any other book I’ve written it’s a map of the collective unconscious obtruding on an individual mind, like the blob squeezing through a visor. 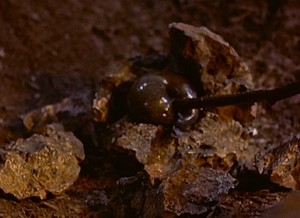