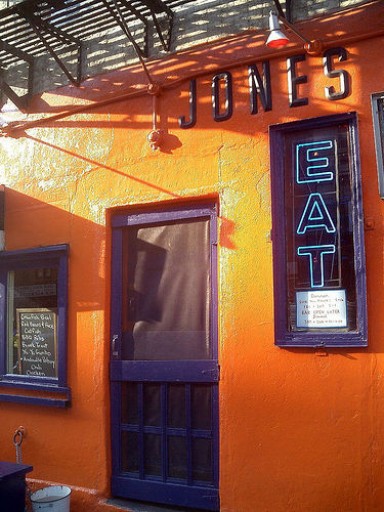 The universe may be chaotic, accidental, random and contingent but the human universe is fraught with pattern and meaning. So I assume that my recent reacquaintance with an old fellow traveler, Keith Dunlap, is no coincidence. In fact, he began reading my blog and posting comments at the very time I found myself writing poetry seriously for the first time in a very long time. Part of that reanimation of my corpse by the muse was a new fascination with rhyme and metre. So I was pleased to discover that Keith was reaching similar conclusions about poetry, and that we shared an animus against the hypocrisy and low minded pursuit of aesthetic dogma in American poetry. We both descend from the New York School of poets and in middle age are branching out beyond that stock.

Before getting to his poems I want to describe how it is Keith and I know each other, as that is part of the project of this blogh: documenting life in NY in the late 70â€™s and 80â€™s. I first knew Keith through the mixing of my three communities, as it were. These are Larchmont (where I grew up), Columbia University and Oberlin College. People I knew from these places got me every job I had and my apartment at 21 First Ave, where Kewith and Philip lived while Shelly and I traveled. They were friends, yes, but also colleagues in art, work and most importantly, life. There were bands: at Columbia, Keith had been in Danny Wattenbergâ€™s first band, The Casuals. Thatâ€™s how he got mixed up with Larchmont, through Philip Shelley. Danny met Philip, and they formed the Mystery Dates, with John Fousek (Larchmont, an original member of Philipâ€™s and Al Giordanoâ€™s band Jo Ckitch, and a Columbia student) on drums, Gideon Rosen (Larchmont) on keyboards, Ed Shannahan(Columbia) on bass, and Tex (no last name, Columbia) on lead guitar. Philip played rhythm guitar. Philip had been in The Student Teachers, a Larchmont/NYC hybrid of Teen Tyros. Larchmont divided itself between the East Village and Columbia, or uptown and downtown.

Keithâ€™s connection to Oberlin was through Dojo’s, where he met Andy Mattson and Bob Stratton. Dojo’s was a restaurant on St. Marks between 2nd and 3rd, owned by a Japanese guy named Tony. Dojo’s was famous for a couple of things, besides its acerbic beautiful waitresses and prime location. First was a chicken cutlet sandwich and second was the psychedelic orange gloop that was the ubiquitous dressing: salads, sandwiches, what have you were doused in it. People could not get enough of that dressing, which was a mutated version of the standard Japanese restaurant salad dressing you find drenching the cherry tomatoes, cucumber slices and iceberg lettuce to this day at any corner Japanese joint. Tonyâ€™s innovation was to add more carrots. At Around The Clock CafÃ©, also owned by Tony, I watched this dressing being made each day in giant restaurant blenders. It could have chugged through a pipeline throughout the city it was so popular. Customers used to demand bowls of it. It got to the point that I despised it. It soiled the cuff of many a good white shirt.

Keith was one of a long line of legendary countermen at Dojoâ€™s, what would today be called a barista. From there he went to the Great Jones Cafe, the first cheap Cajun inspired joint to open up downtown, in 1983. There was an old Great Jones Bar. It had an iron hitching post and was located on a grimy stretch of broken concrete and bum piss a block off of the Bowery, shouting distance from CBs. By then Keith was in grad school studying Latin and Greek. By the time I worked at Great Jones Keith was long gone, though we talked occasionally at the bar. Great Jones was a fun, loud, popular restaurant and bar. Jean Michel Basquiat lived across the street and used to come and drink margaritas made with real lime juice. Keith, like every other bartender there, spent hours pouring the jalapeno vodka into shot glasses for overeducated, smartass barflies and mixing Cajun Bloody Maries. I remember once discussing with him the differences between Homeric, Attic and Koine Greek. This was not an unusual conversation to have there, where waitresses had gone to Yale and dishwashers were avant-garde Jazz musicians and archaeologists.
I heard tales over the years of his novels through our mutual friend Philip. But that was it until recently. Keith has an MFA. Heâ€™s a lawyer, and a polylingual polymath, poet and novelist. His poems are widely published, and he has a blog.
I love his poetry. It is imaginative, mostly formal, enigmatic and in search of the connection between the order of the human universe and the random mutation of the physical one, and the fact that these cannot be separate, but rather flashing facets of a single entity. But perhaps thatâ€™s what I am after. Who knows? At least we are after something. At least when he reads a poem he hears the chimes of history. Time is erased. All the learning was for something. To hear the eternal music, the single note of why, itâ€™s echo, I.

All the subjects are women
In fashions of the day
The colors and folds of their clothes
As bold as lipstick shades
Pale powdered skin trembling
In the creamy light
Flickering like Mary Pickford
Or Edna St. Vincent Millay
It makes the studied flirtation
That much more intense
Like jazz age lithographs
Delicately animated
Into the tinted frames
Of a magic lantern
As if for the first time
The person were a work of art
And any given shop girl
A stop-frame Pygmalion
Awkwardly coming to life
No wonder my grandmother
A flapper when sin was sin
Never found satisfaction
In chain smoking or her gin
Walking down an urban street
In Paris, New York, or Berlin
All the women and the men
Flush with new invented color
Unfolding like hothouse flowers

The Former Slaughterhouse at Villa Epecuen

Among a stand of long dead trees
Bleached white by the intense salinity
Of flood waters that consumed the town
A road built in the seventies still winds around
The former slaughterhouse at Villa Epecuen.
For twenty-five years local fish and eels have passed
Through windows filled with shadow now instead of glass
And around the abandoned art deco tower
And the enormous block letters spelling â€œMataderoâ€.
But now the scabrous edifice sits alone
Its plaster surfaces peeling and its facade collapsed
Like a skin-diseased bather come to take the cure
Who, waiting by the roadside, isnâ€™t sure
When the next bus back to CarhuÃ© will pass.