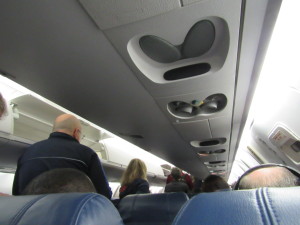 i HAVE A TERRIBLE PHOBIA. i CAN’T FLY. i HAVE FLOWN, YES, ON EVERY KIND OF AERIAL CONVEYANCE KNOWN. i’VE flown on TWIN ENGINE PROP PLANES. I’ve flown on WW2 era propeller planes. I’ve flown in rural Burma, island hopped in Fiji. I’ve flown around the world a couple of times. My first flight was from San Francisco to New York in 1960, 6 days after I was born. So you’d think I’d be used to it. But I hadn’t been in a plane since 1994, until last week. In fact, I hadn’t been alone on a plane since 1988. And 1990 was the last time I went on vacation without children, except for brief road trips to familiar places. It took a certain amount of Xanax to get me on these planes, but I took them and realized that 1) I really don’t like to fly and 2) I love airports and travel! I hate traffic jams but I love drinking a beer at a little table at 11 in the morning with a New York TimesÂ  crossword puzzle, surrounded by strangers tapping their cell phones. 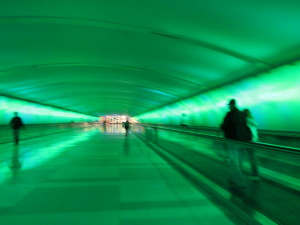 I had two great books to protect me while 39000 feet in the air: Hit Man, by Lawrence Block, and Available Dark, by Elizabeth Hand. These are books I couldn’t put down, except to let my eyelids droop and head hang forward for an hour of fitful, Xanax induced rest. Hit Man is perfect. the lack of adjectives annoyed me a bit, but its laconic tone and frequent murders were a delight. Elizabeth hand is a great writer. She has the best references to music of any author I know. Every obscure band of the 70s and 80s gets a mention in her books, and the allusions are dead perfect, as is her ability to describe bad sex and bad drugs. She lights the crummy, weird pagan interiors of the world up with a color drenched, hard boiled prose as gorgeous as any I’ve ever read. 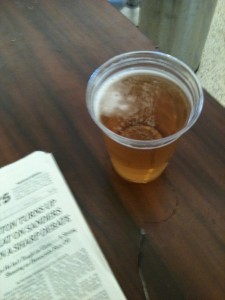 I was in California to give 2 readings, catch up with some old (if not ancient) friends, and visit my father. San Francisco is a city I love and the only city other than New York where I’d like to live. I’ve been there a couple of times as an adult (1977 and 1990) but never alone, and not since the big change. Big change? Yeah, urban menopause. That’s when the rich, in this case young, take over every square inch of a city leaving only hidey-holes for the rest of us. New York is so thoroughly gentrified you would never know a real city once existed there. But San Francisco still has a few square blocks of junkies, porn theatres and vomiting drunks. Naturally that’s where I read, at The Exit Theatre. There were 4 people in the audience, and I knew 3/4s of them. That was OK. Miette, my publisher, videotaped it and we connected with my old publisher and friend Jennifer Joseph. Also there were Start and Jennifer (another Jennifer, there are three in San Francisco, one couldn’t make it). We had a most incredible meal at a Vietnamese dive with a grimy, luncheonette facade and old formica tables. Stuart, who is a remarkable visual artist and musician, put me in his ‘moving portrait’ series. You will find it here. I love these nearly static portraits. Click on each one. there is something hilarious about the ones that don’t move. 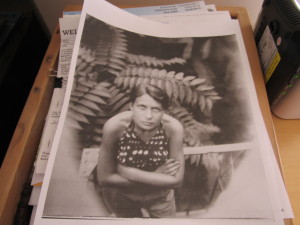 While there I met with Marianne Hauser’s son and we went through part of the archive he has at home of her letters and photographs. I also had lunch at the Zuni Cafe, and it was as good as you would think, with a perfect roast chicken and margarita’s almost as good. the it was off to LA, a place I have not seen since 1965.
The novel I was reading from is set in LA and I was a little nervous about this, but it was fine. The city was eerily like the one I had described. And all i could think, as I walked through the 98 degree heat, was ‘why would anyone want to live anywhere else’? LA is genuinely apocalyptic in a way that New York no longer is. But like New York, being there made me wonder how the hell we could be having the current Nazi like ranting about immigrants. Really? I think we should throw all of the Americans out of the country, build a wall, and live here with just people from other countries, who make better food, are more friendly, and more interesting that your corn dog chomping craft beer swilling gym bag toting spandex stretching American lard assed bigot. Really, just fuck the whole country. 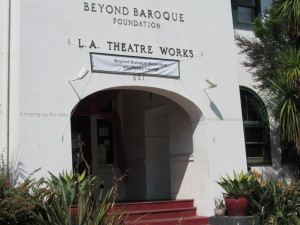 I read at a theater called Beyond Baroque. there was a decent audience. We filled the tiny bookstore. the bookstore had the most wonderful collection of books. All of the RESearch titles. A CD of Jack Micheline reading. All kinds of remarkable stuff. I spent the rest of the time hanging out at my father’s, and visiting my friend Nancy M. Driving was most exciting. Traffic jams. Freeways. Learning to take the roads. And then of course it was time to come home. Fantasy ends. No more rental cars, baggage checks, staring at cheap chemical upholstery. No more fucking palm trees! Call me shallow, but I like those palm trees. I would definitely move FOR THE WEATHER. 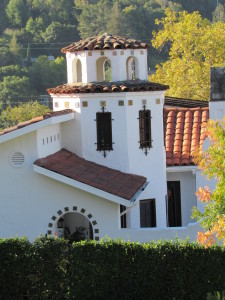