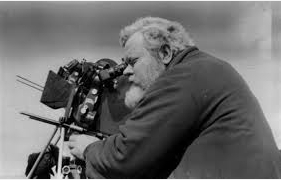 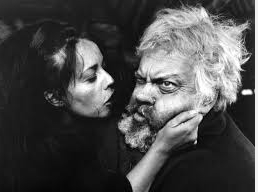 Loving Orson Welles is a is a compulsion. He is singular, like Bob Dylan, and a wreck, like Marlon Brando. Unlike Brando he didn’t turn against his vocation, or his medium. Orson Welles was an actor in love with acting. He created great works for the stage, radio and in film. It is in film that he did his greatest work, and, famously, where he was mauled by the system. Few artists of his genius have been punished so relentlessly, but then, few arts require the financing that film does. Welles wasted the money guys’ cash, and paid for it. After the debacle of Ambersons he managed to make some good, even great movies, but most, except for A Touch of Evil, are flawed. And Touch of Evil was itself hurt by studio interference, and it was only Walter Murch’s restoration that put it solidly where it belonged. His Othello is brilliant but marred by bad sound and a chaotic production over years and countries. Chimes at Midnight suffers from the same problems, but it is a fully realized piece of cinematic art that is unlike anything else, deeply moving, gorgeously photographed and brilliantly acted. Welles’ was a Shakespearean his entire life. He famously staged a Voodoo Macbeth as a young man, as well as Julius Caesar and constructed out of Shakespeare’s history plays an epic called 5 Kings. Over the decades he refined his idea of staging the two quartets, funneling the story down to the relationship between his favorite character, Falstaff, and Prince Hal, golden but wayward son of the tragic usurper, Henry 4. Chimes telescopes the story, seeming to retain all of Falstaff’s scenes and dialog from the two Henry 4 plays. It is still about the coming of age of Henry the 5th. 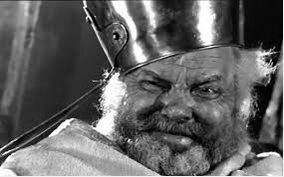 Welles’ film is a film in every way, there is nothing left of the stage. But the performances and the intense drama he achieves are totally of the theatre. He is an alchemist. Filmed on location in Spain in a medieval village, it is deliriously bawdy, profane, the dialog thick with Shakespeare’s most famous insults, constructed of an elaborate invective, composed of scatological, sexual and barnyard humor. There s ceaseless action and a restless camera. The famous battle scene, lasting 6 minutes but taking weeks to film, is shot the way modern action sequences are but without the aide of computers, cgi and an army of assistants. The battle is frightening, made up of rapid cuts and hand held camera shots, slow motion, horses men and weapons in a montage of slaughter that is occasionally punctuated with shots of Falstaff, in armor, wandering around the periphery, flailing with his sword at nothing. The rapidity of the editing is totally contemporary. This is how action scenes are filmed today, but not in 1966. There is absolutely nothing dated about this movie. In single moments Welles’ camera spans the absurd and the tragic, the horrific mindless murder of war with the perpetual human instinct for folly and empty show. And his love is with Falstaff always, the fat, dissolute liar. Falstaff is a mountain of language, as grotesque explosion of wit and bullshit. 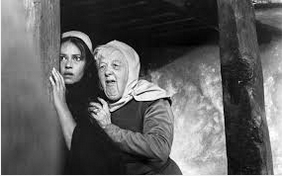 Shakespeare brings out the best in his interpreters, but in this film Welles’ shows that he was the equal of any in the 20th century. Chimes at Midnight is out in a restored Blue ray version as of August 30th, 2016. Buy it. If it comes to the big screen where you live, make the time to see it.