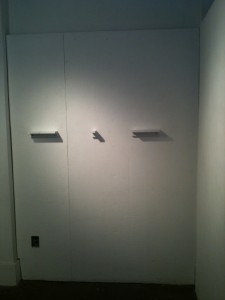 Hello, everyone. If you are in Ithaca tomorrow (Friday, October 7th), please come to the Ink Shop for the opening reception of 36 TRANSITIONS, a collaborative, multi-media installation created by Craig Mains, Billy Cote and me.

36 TRANSITIONS
Craig Mains got the idea for 36 Transitions after the opening of his show Time, Manner, Place in 2015. Billy Cote had created a musical installation to accompany the photographs. I was at the opening both to see Craig’s photographs and to hear Billy’s music. We spent some time talking and touring the studio space. Craig was considering creating visual work to accompany Billy’s Music for a future project. Later, he thought to expand the collaboration of print work and music to include text, imagined a six-by-six grid. Each box in the grid is a piece of music, text or an image created in response to the one preceding it. There would be six series of six pieces each. We discussed the project and agreed to spend a year working through the sequences and called it 36 Transitions.
Although we had agreed upon a title, 36 Transitions, in our emails and file names we would sometimes inadvertently refer to 36 Transmissions or 36 Translations. Was this an interpretive process, a reaction, or an attempt to reproduce the prior work in a different medium? How literal is the response? I think whatever worked, whatever kept it moving is what we did. And sometimes, in retrospect, we were quite literal. 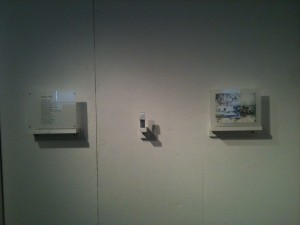 I found the prospect of coming up with twelve pieces in a year a little daunting and at first relied on incomplete work at hand, homeless scraps that I remembered in response to a song or image and could expand. But soon I found myself spontaneously composing poems that were an immediate expression of feelings aroused by the other work.
One of the real pleasures of the project has been the focus on another art. Rarely do I sit so attentively, sounding the depths of a song or image, seeing into it, feeling its emotional shape. I was looking for, and finding, narrative. Billy’s music and Craig’s images are full of stories, moods, and events, just as a poem is rhythmic, and made by the ear as much as the eye.
The other pleasure was surprise. Because we only worked in response to the piece preceding our own none of us had any idea what the completed sequences would be like, or if the idea even worked. 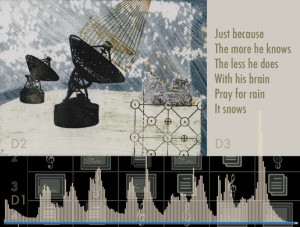