WAR The clowns and the names Run together calico flames In a garden of epitaphs Bowed beneath trees the staff Crooked with notes dead in throats Golems cracked by the...

Visiting Peggy at the Cayuga Ridge Extended Care “Nobody feels any pain”—Bob Dylan, Laureate Sang and Peggy lies at the bottom of a painless Corridor draped in dope and...

A MESSAGE What is the state of this unrest? To lie in the dark and rustle To dream and hustle To rise like a wave and crest. I feel its feet threading the sheets its... 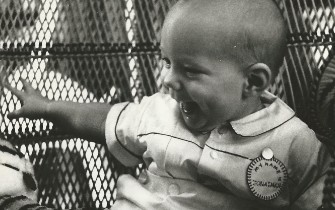 SMALL I gave What a child Cannot refuse To give love You did not earn Thirst blind Radiant need To...

Posted by jonfrankel on Apr 9, 2018 in Marianne Hauser, Poetry | 2 comments

ICU A place lit by glacial dynamite A palace built of tears. The glass weeps rain And the walls are full of sorrow. A castle-derelict of undone duty The exasperating...

MOLT 1. At the threshold of the bug To molt or remain in this shell of grey. An earth encased in cloud still shines But bugs don’t mind the shade. It leads this way the...